A Tesla Model S with a Yoke Steering wheel has been caught in the wild, giving the public a first look at Tesla’s futuristic stalkless steering column.

Photos captured by The Kilowatts reveal a Model S with manufacturer plates, indicating that the company may be in the final stages of public testing before rolling out the updated steering wheel design to production vehicles. 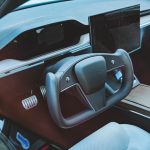 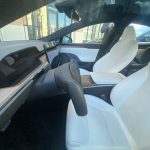 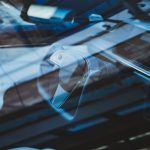 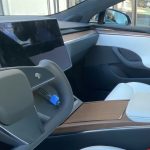 Photos by The Kilowatts

Notable in the photos of the Yoke steering wheel is the absence of a traditional stalk and Tesla’s familiar dual scroll wheels. While Tesla has showcased the capacitive touch functions in illustrations for the Model S and Model X refresh steering wheel, markings for turn signals and drive functions were not visible in the release candidate that was spotted.

What appears to be a production-ready driver and passenger section of the Model S, a refined rear passenger area, clad in Tesla’s famed Vegan white interior and highlighted by the company’s newest rearseat touchscreen display, was clearly evident. 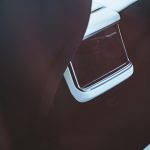 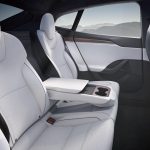 The devil is in the details

In the photos shared by The Kilowatts, the button for folding-down the Model S split rear seats can also be seen, along with a more prominent side repeater camera.

Tesla revealed new images of the 2021 Refreshed Model S and Model X earlier this year following months of speculation that the company would be updating the aging interior design of its flagship vehicles.